‘Cosmic Circles’ is Maria’s homage to prehistoric Avebury and our Neolithic ancestors. Avebury, like many groups of standing stones in Europe, is based on circles. Inspiration also came from Chinese Neolithic Bi-disks: these often have cosmological imagery, while theories about the cosmological and ritual significance of Avebury’s stone circles abound.

The discs are mainly black clay and porcelain. The patterns, textures and colours are achieved using the nerikomi technique, this leaves the final ‘organic’ appearance to the complex transformations that occur during firing at high temperature.

Her final installation will present 50 disks and it will be on display at The National Trust in Avebury Manor gardens from September until October 2019. 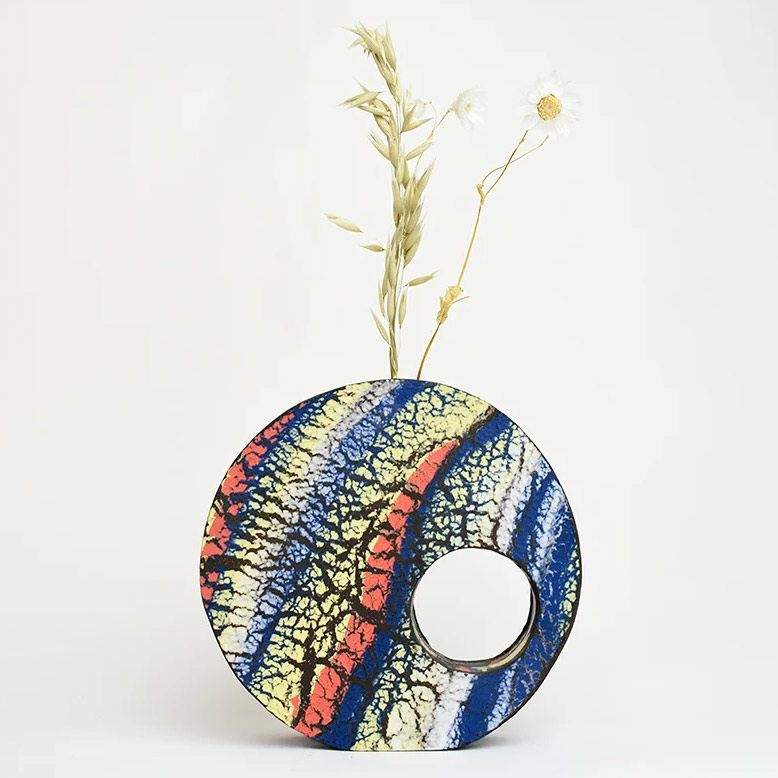